The New York State Commission on Judicial Conduct is recommending that Rochester City Court Judge Leticia Astacio is removed from office. The commission says Astacio has 30 days to accept or appeal the decision.

Astacio’s conduct was being investigated by the commission, which started with her arrest for drunk driving while on her way to work in February 2016. A state trooper said he found Astacio’s vehicle on the side of Interstate 490 with front-end damage and both of her driver’s side tires flat.  The commission says “she aggravated the situation by her profane and angry reaction to the investigating trooper, and by invoking her judicial office in an attempt to evade the consequences of her arrest.” She was sentenced to a one-year discharge, ordered to have an interlock device installed on her car, and avoid alcohol.

In November 2016, Astacio violated her probation by trying to operate her vehicle while the interlock device detected alcohol. In May 2017, she failed to appear for a court-ordered alcohol test, and failed to appear in court, as she was in Thailand. On July 6, 2017, Astacio was sentenced to 60 days in jail and three years of probation.

She was released from jail on July 13, reported for work the next day, but stopped coming to work on August 31. She came back to work six months later, for one day, and hasn’t been back since.

As an elected official, Astacio has been paid since the start of her term. All city court judges outside of New York City received a pay raise to $187,200 and on Facebook, Astacio responded to media stories about the pay increase, a video that has since been removed. She will continue to be paid through the 30-day decision period, and through the appeal if she requests one.

On April 2, Astacio violated the terms of her probation, by allegedly trying to purchase a gun at Dick’s Sporting Goods in Henrietta, which resulted in a felony charge of attempted criminal purchase or disposal of a weapon. A store employee refused to sell her a gun.

On April 11, the State Court of Appeals announced that Astacio was suspended with pay and the State Commission on Judicial Conduct started looking into her actions. There was an outcry on social media about how the amount of time it was taking the commission to look into Astacio’s conduct, but in an interview with WXXI, Robert Tembeckjian, head of the commission, said there were many factors for the lengthy review, including the lack of staff resources.

“We are forced to make due on the same dollar amount while our expenses are going up due to inflation, among other things,” Tembeckijan said. “Our caseload is increasing.”

The commission is also not allowed to talk about cases it’s working on until they’ve been adjudicated.

“In New York, where all of those proceedings are confidential by law, mystery surrounds the entire process and the press and the public don’t really have an opportunity to evaluate what the commission is doing because they can’t see it until the very, very end,” Tembeckijan stated. 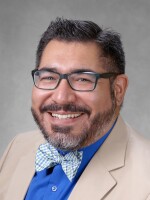