Well, so far, 2023 has been tough for employees at some major U.S. companies. Amazon, Salesforce and McDonald's have all announced layoffs this year. Now the pain is spreading to workers at one of Wall Street's biggest banks.

Yeah. Financial giant Goldman Sachs says it could lay off more than 3,000 people this week. It's the latest sign of trouble in the economy.

BROWN: NPR's David Gura joins us now to explain a little more about this. David, how are you, buddy?

DAVID GURA, BYLINE: I'm good. How are you?

BROWN: I'm doing well. What do these layoffs tell us about, say, the bigger economic troubles ahead?

GURA: Well, Dwane, this is a huge warning sign, given how integral big banks like Goldman Sachs are to the entire economy. Right now, there's a lot of uncertainty. There's less confidence. And as a result of that, there have been fewer takeover deals. Companies have held off going public. Instacart's long anticipated IPO, for instance, has yet to happen. You know, when corporate clients decide to sit on the sidelines, that really hurts the bottom line at banks like Goldman. Its bread and butter is investment banking. So it's been hit harder by this downturn than many of its rivals. Dwane, last year, Goldman Sachs' share price fell by more than 10%. I'll note that was better than the S&P 500. That index ended 2022 more than 19% lower. But it was definitely not a banner year for the big banks, including Goldman Sachs.

BROWN: Wow. Yeah. You said Goldman Sachs hit more so than its competitors - the bank's biggest round of layoffs since - what? - 2008. Are there other factors that Goldman Sachs particularly may be vulnerable to?

GURA: Yeah. Another reason is this bank is not as diversified as many of its rivals. Goldman Sachs does not have the kind of retail presence that JPMorgan Chase has or that Bank of America has. During the firm's century-and-a-half-long history, consumer banking just hasn't been Goldman's thing. I'm sure you've noticed, Dwane, you don't see Goldman Sachs branches or Goldman Sachs ATMs. Well, the bank has been trying to change that in recent years with a retail banking business called Marcus, offering loans and savings accounts. Maybe you've heard of Goldman's credit card venture with Apple, but the bank has had a tough go of it.

Competition for customers is fierce, and Goldman is going up against rivals that have been at this a lot longer. So this is something else that's led to these layoffs. And I'll add, it's unclear how committed Goldman is to its retail banking business going forward. And just last week, the executive in charge of it announced that she's leaving the firm.

BROWN: Well, David, we've heard from other companies, of course, that they're also course-correcting after the pandemic. To what extent do you think that's driving job cuts on Wall Street these days?

GURA: Yeah. Goldman Sachs and other financial firms did add to their head counts during the pandemic, which was an unexpected boon time for banks. Not only did they expand, they also decided not to lay off workers who didn't meet performance targets. They hit pause on annual layoffs. Well, those have started up again, and that has contributed to these job cuts at Goldman. Chris Kotowski is an analyst with Oppenheimer & Co. who reminds us that banking is a business with a lot of ups and downs.

CHRIS KOTOWSKI: It's pretty volatile to begin with, and that's kind of what you sign up for when you go to work on Wall Street.

GURA: So in other words, you're paid well on Wall Street, but if you don't make the grade, you're let go.

Dwane Brown
Dwane Brown is a multiple award-winning newscaster for NPR and joined the network in December 2015. He is the first newscaster to broadcast from NPR West in Culver City, California. His newscasts air during All Things Considered. 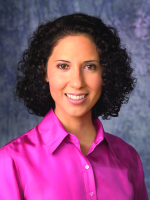 Judith Segura
Judith Segura is a lead thermal architect and expert in thermodynamics at Apple, Inc. A PhD graduate of Stanford, Segura has helped Apple build its most innovative products over the last decade from the iPhone and iPads to the Apple Watch and AirPods Pro.
NOW PLAYING
Proud Sponsor of WBFO NPR