Click here for NPR coverage of the mass shooting in Buffalo.
State

Movie theaters in New York will be allowed to add beer and wine to their concessions for consumption by customers watching a film, the State Liquor Authority ruled Wednesday by unanimous vote.

Alcohol sales have long been standard at concerts and playhouses and other live entertainment venues, but movie theaters were limited to either selling beer and wine for consumption in a designated area of their lobbies or be licensed as a restaurant.

In giving its approval, the Liquor Authority board considered an argument from the National Association of Movie Theatre Owners, a trade organization comprised of major theater chains and independent owners, that their members should have the same privileges as other businesses to sell beer and wine as an incidental part of their operations.

“The primary business of a motion picture theatre is not the sale of alcohol, but rather to provide a moviegoing experience and food concessions,” the organization’s lawyer, Theresa Russo, wrote in her request for a ruling on the matter. “The sale of alcohol is ancillary for those functions and not the prime source of revenue.”

The policy change takes effect immediately, according to the Liquor Authority, but theaters not currently listed for beer and wine sales will need to apply for a license. That process can take months.

Movie theaters had long been lobbying for a change in the rules, but word of the development came as a surprise to many theater owners. 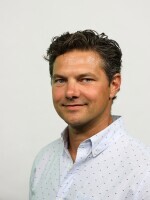 David Andreatta
David Andreatta is the editor of CITY. He joined the WXXI family in 2019 after 11 years with the Democrat and Chronicle, where he was a news columnist and investigative reporter known for covering a range of topics, from the deadly serious to the cheeky.
See stories by David Andreatta 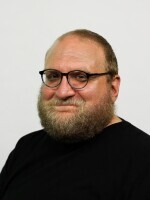 Daniel J. Kushner
Daniel J. Kushner is arts editor of CITY magazine, which works in partnership with WXXI News. He began writing for CITY in 2015 as a contributing writer, before joining the staff full-time in 2018.
See stories by Daniel J. Kushner
NOW PLAYING
Proud Sponsor of WBFO NPR

Creating Racial Equity in WNY
As part of a broad survey of over 130 BIPOC community leaders in Buffalo, we asked what they felt was the number one racial problem in Buffalo, and who has the responsibility to change it. This is a special 2-part report.

2022 Racial Equity Survey
Get the latest news and those driveway moments delivered directly to your inbox every weekday morning by signing up for the WBFO Newsletter: The WBFO Daily.
Subscribe
POSTPONED: Mental Health Professional Burnout: The Silent Struggle
THIS EVENT HAS BEEN POSTPONED - new date TBD

Join WBFO Managing Editor, Brigid Jaipaul-Valenza, as she discusses mental healthcare professional well-being and burnout.
Learn More
Think your music is a good fit for The Bridge?
We are looking for original bands with roots in Western New York and Southern Ontario to feature on our station.
Submit
Turn Your Car Into The Public Radio Programs You Love
Thinking about selling your car, boat, motorcycle, truck or other vehicle? Donate it to WBFO instead.
Learn More