Afghanistan becomes 'very personal' for Ortt, who served in Kandahar

It’s not uncommon for a legislative leader in New York state government to write to federal officials about a pressing issue, but Senate Minority Leader Rob Ortt has a unique perspective on world events right now.

The North Tonawanda Republican from the 62nd Senate district was in Afghanistan for a year in 2008 as part of his service with the New York Army National Guard. He served as a combat mentor and advisor to the Afghan National Police in Kandahar City.

In his letter Monday, he said it’s vital to secure the airport in Kabul and help citizens and allies evacuate. Among those allies is a translator who worked with Ortt and the National Guard in Kandahar and is now trying to leave the country safely. 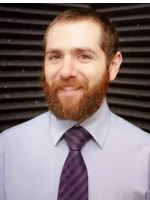