State political figures from opposite ends of the aisle are going head-to-head in an effort to bring the COVID-19 vaccine to New York State.State Attorney General Letitia James says she is ready to sue the Trump Administration if New York State does not receive the COVID-19 vaccine along with the rest of the United States. This comes on the heels of President Donald Trump announcing that the state would not get the vaccine until Gov. Andrew Cuomo authorizes it. The governor said last month that health officials would first need to review the vaccine report before distributing to residents.

James released a scathing statement on Friday, saying "If dissemination of the vaccine takes place in the twilight of a Trump Administration and the president wants to play games with people's lives, we will sue and we will win."

Meanwhile, several conservative state lawmakers have criticized the governor for not authorizing distribution of the vaccine. Reps. Tom Reed, Elise Stefanik and Chris Jacobs released a joint statement in which they claim the governor's efforts are unethical and are putting lives in jeopardy.

"New Yorkers don't need Governor Cuomo to decide what life-saving medical resources they should or shouldn't have access to," they said. "Instead, they need their leaders to put aside the politics and prioritize combating this virus together."

Cuomo said Sunday that 69% of Americans expressed a lack of confidentce in the president's vouch for the vaccine and that confidence needs to be restored before administering the vaccine. He explained that an expert panel will review the FDA's process and that New York is ready to receive the vaccine now. 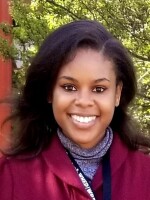 I'Jaz Ja'ciel
I’Jaz joined the WBFO family in September 2020 and serves as a weekend anchor reporting local news on Sundays. In 2019, she earned her B.A. in Journalism from SUNY Buffalo State and in December 2020, she will earn her M.S. in Interdisciplinary Studies with a concentration in Data Science and Analytics. She hopes to merge her two backgrounds to produce data-driven stories that will be both informative and inspirational.
See stories by I'Jaz Ja'ciel
NOW PLAYING
Proud Sponsor of WBFO NPR