New York state will require health insurance companies to cover the cost of treatments to detect and prevent HIV infection starting next year, according to a letter circulated by the Department of Financial Services.

A key part of the state’s plan to end the AIDS epidemic is wider access to the drug PrEP, which prevents HIV transmission.

PrEP is a daily pill that has been on the market for years, but still runs more than a thousand dollars a month, said Ashley Zuppelli, the director of innovation at Trillium Health.

That means for people on high-deductible insurance plans, it can be prohibitively expensive, and even for people with lower deductibles, it can add up quickly.

Cost reduction strategies have hinged on voluntary arrangements. The drug’s manufacturer offers copay coupons to some patients, and some insurance companies choose to accept those coupons. Zuppelli said because this system is voluntary, it’s inherently unstable.

That’s set to change, though: The state Department of Financial Services sent a letter to insurance companies on Tuesday saying it would require them to cover PrEP at no cost to patients.

“It is really exciting,” Zuppelli said. “I think it really opens the doors and allows people to access the preventive health care that they really deserve.”

Financial barriers or a lack of knowledge about the drug have kept populations who are vulnerable to HIV transmission from using PrEP, said Zuppelli. Now, she said, she expects the dropping of financial barriers and increased awareness brought by the state’s action to turn that around.

The new rule is scheduled to go into effect on Jan. 1, 2020, but in its letter, the state encouraged insurers to update their policies “as soon as possible.”

Rochester’s two biggest health insurance providers, MVP Health Care and Excellus BlueCross/BlueShield, both said Wednesday that they were reviewing the new regulations and figuring out how their insurance offerings would change to fit the rules. 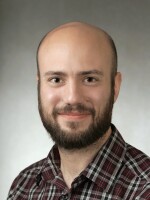 Brett Dahlberg
Brett is the health reporter and a producer at WXXI News. He has a master’s degree from the City University of New York Graduate School of Journalism and before landing at WXXI, he was an intern at WNYC and with Ian Urbina of the New York Times. He also produced freelance reporting work focused on health and science in New York City. Brett grew up in Bremerton, Washington, and holds a bachelor’s degree from Willamette University in Salem, Oregon.
See stories by Brett Dahlberg
NOW PLAYING
Proud Sponsor of WBFO NPR