An 18-year-old woman is dead and an 18-year-old man is in custody after what police say was an apparent homicide.

The woman was found dead in a vehicle at MLK Park after police responded to a suspicious incident call overnight at 2:30 a.m.

Shortly after, they located a suspect who has been charged with murder in the second degree.

Police say that the homicide appears domestic in nature and no names were immediately released.

Detectives are investigating and an autopsy is being conducted. 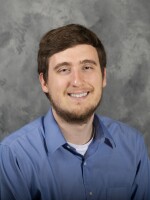