A battle is under way in Iowa over whether a state Supreme Court justice can keep his job.

Critics have launched an all-out campaign to throw him off the bench because of his ruling three years ago clearing the way for same-sex marriage. The judge's supporters are fighting back, but they may need to get over their reluctance to mix politics and the judiciary.

Christian conservatives are still energized by their victory in 2010, when they voted down three justices for their same-sex marriage ruling. Judges in Iowa are appointed, not elected, but they face periodic retention votes to keep their jobs.

This year, Justice David Wiggins is on the ballot. And the conservatives are taking their "No Wiggins" campaign on a bus tour this week. Former GOP presidential candidate Rick Santorum spoke at the start of the tour on Monday. Boarding the bus near the state capital, evangelical leader Bob Vander Plaats rallied for a repeat of the 2010 vote.

"It was over half a million Iowans who voted 'no' to hold those justices accountable. So now we're in this campaign again to say, 'We have to vote no on Wiggins,' " said Vander Plaats.

Following along the same route is another bus tour, dubbed, "Yes to Iowa Judges." It's part of a campaign to keep Wiggins on the bench. But overall, the pro-Wiggins camp is striking a different tone with the slogan: "Vote Justice, Not Politics."

The group known as Justice Not Politics is holding educational forums like a recent one in Iowa City. But it's not a rally — it's more a seminar on how the retention vote is supposed to work.

That is — it's not meant to punish particular Supreme Court rulings.

Linda McGuire, with the University of Iowa law school, says the same-sex marriage ruling was unpopular, but she says that's part of an independent judiciary.

"There's a real populist movement happening to try to attack the judicial system as, quote, 'out of touch with the popular sentiment of the people.' And that's just a basic misunderstanding of what courts are about," McGuire says.

Justice Not Politics legally can raise money and urge a "yes" vote. But they're reluctant to say, specifically, "Vote yes for Wiggins." And they won't run ads.

Wiggins himself wrote an op-ed in the Des Moines Register this month saying politics should stay out of Iowa courts. One judge who was ousted in 2010 fears that won't work.

"I hope I'm wrong," says former Iowa Supreme Court Justice Michael Streit. He says he and his fellow justices made a conscious decision not to campaign for their own retention two years ago.

"If these forces keep picking off justices and are successful, I don't know how you, you either let them destroy our court system or you have to fight back," says Streit.

Justices are also being targeted in Florida after they issued an unpopular health care ruling. Rebecca Kourlis, with the University of Denver's Institute for the Advancement of the American Legal System, says it's opened up a whole new debate over how states select judges.

"It gives fuel to the fire, that, well, maybe we should just try to figure out a way to get a federal system in place at the state level with lifetime appointments and Senate confirmation," Kourlis says.

Meanwhile, back in Iowa as the dueling bus tours continue, the two sides have one message in common: In the voting booth, turn the ballot over. The justice retention question is on the back. Last time, a lot of voters missed it. 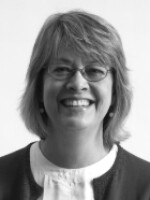 Joyce Russell
Joyce Russell is a correspondent based at the Iowa Statehouse. Joyce has been covering the Iowa Statehouse since shortly after joining the news staff at WOI Radio in 1988. Her earlier broadcasting experience included news reporting at commercial stations in Oklahoma City and Fort Wayne, Indiana. Joyce’s reports can be heard on National Public Radio and American Public Media programs including All Things Considered, Morning Edition, and Marketplace. She covered the last six Iowa caucus campaigns and interviewed numerous candidates for president, including some who went on to attain the highest office in the land.
See stories by Joyce Russell
NOW PLAYING
Proud Sponsor of WBFO NPR