The Story Behind Bach's Unknown Aria

A discovery in Germany has astonished music scholars. On two nearly forgotten pages of a pile of birthday notes given to an 18th century duke, a young Johann Sebastian Bach wrote an aria in his own hand. Until now, nobody knew that this existed. We're going to hear it today with the help of Fred Child, the host of NPR's "Performance Today." He has some of the music and its story.

Mr. PETER WOLLNY (Bach Archive Foundation): Bach's situation in 1713 was that he had a nice post as an organist, but since his duties were limited, the money was really limited, too.

CHILD: Peter Wollny directs research at the Bach Archive Foundation in Leipzig. He was among the first to share a glass of champagne with his colleague, Michael Maul, who found the manuscript. More on that in a moment, but back to the court, to the Duke of Weimar and the young Bach, who was hoping for a better-paying job.

Mr. WOLLNY: It was customary in the early 18th century that people who wanted to be employed at the court would dedicate little pamphlets to the head of the court, and this is here the case. On the day of his birthday, the duke received little printed pamphlets, this one with a poem by a theologian from a nearby town, but the last two pages were left blank, and Bach entered his piece, which is a setting of the first stanza of the poem, and he was trying to get more responsibilities and wanted to show, `Look, I am able to compose delightful, very nice vocal pieces. Please, ask me more often and I can do this as often as you like.'

CHILD: Bach apparently passed the audition. He was soon promoted to concert master and his salary improved. Peter Wollny says the aria was probably performed only once for the duke on his 52nd birthday, then it was tossed into a box and lost to time.

CHILD: We brought some Washington area musicians into NPR to take one of the first looks at Bach's forgotten aria. Harpsichord player Joseph Gascho and soprano Ah Hong are working through a portion written in Bach's own hand, the one page shared with the world on Tuesday.

CHILD: Remember, this aria was only discovered a month ago, and this page of music released only on Tuesday. After sitting at the bottom of a box for 292 years, it was nearly lost in a fire that gutted a German library this spring. By a happy accident, researchers pulled a storage crate full of the duke's birthday cards to study the bindings just a few weeks before that fire. That eventually led to Michael Maul's stunning discovery, and here now, performed in the original German, is a portion of Bach's forgotten aria.

CHILD: An aria written by Johann Sebastian Bach in 1713, just discovered in a library in Germany this spring, the first discovery of an unknown Bach piece in a generation.

J. Reilly Lewis joins me now in the studio. He's the founder and music director of the Washington Bach Consort and music director of the Cathedral Choral Society. Reilly, can you put yourself in the shoes of the Duke of Weimar in 1713? Your Sunday organist, this young whippersnapper gives you this on a birthday card. Are you impressed? Does this show promise from the young man?

Mr. J. REILLY LEWIS (Washington Bach Consort; Cathedral Choral Society): Yeah. I think for the duke to have received this offering from Bach really must have come as quite a surprise to him, and this was clearly an opportunity for Bach to strut his stuff, and he was certainly interested in being more involved at the court, especially as a composer. It's interesting that throughout his life, he was much more known as a performer than as a composer.

CHILD: Now we only have 84 seconds of this aria so far, but does the aria tell us anything about Bach that we didn't know already?

Mr. LEWIS: I think that it's true that this is not a major work of Bach, and I always hate to categorize things as major, minor, so for me, I see this not as a sort of a youthful piece, but rather that embodies right then and there all of the hallmarks of Bach, I mean, beautiful melody, both in the soprano line and in the bass line, and an immediacy about it, but I think by this point--and let's face it, he could have just as easily written a "Happy Birthday" ode as this piece, which has, in my opinion, all of the depth, if you will, and all of the grace that Bach was capable of writing at any point in his life.

Mr. LEWIS: Thank you, Fred, for sharing this with me, too.

CHILD: Bach's manuscript is now at the Anna Amalia Library in Weimar, where it was discovered last month. You can see a portion of that manuscript at npr.org. Fred Child, NPR News.

INSKEEP: From NPR News, this is MORNING EDITION. 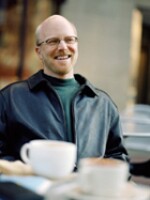